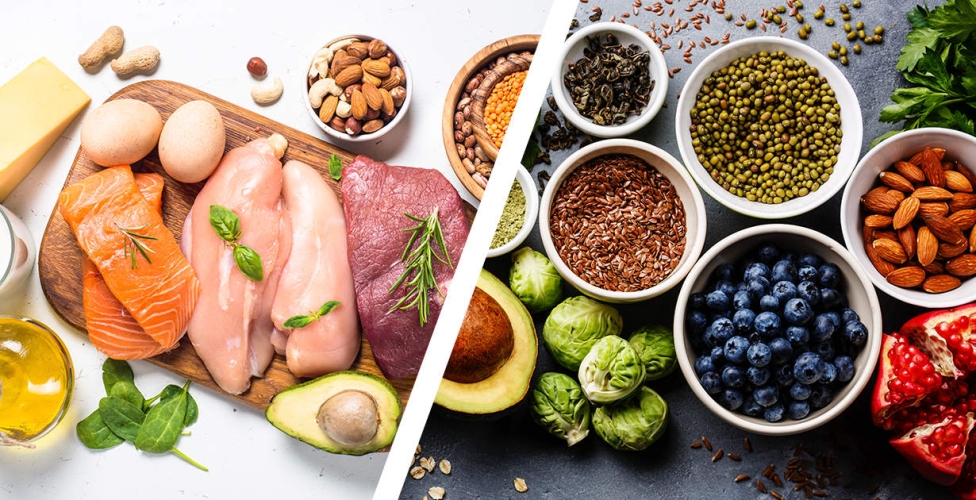 The Zone Diet has been popular for several decades.

It encourages followers to eat a certain amount of protein, carbs and fat at every meal in order to reduce inflammation in the body, among other health benefits.

However, critics have targeted some of its health claims.

This article provides a detailed overview of the Zone Diet, including how to follow it, its benefits and disadvantages.

What is the Zone Diet?

The Zone Diet instructs its followers to stick to eating a specific ratio of 40% carbs, 30% protein and 30% fat.

As part of the diet, carbs should have a low glycemic index, which means they provide a slow release of sugar into the blood to keep you fuller for longer. Protein should be lean and fat should be mostly monounsaturated.

The Zone Diet was developed more than 30 years ago by Dr. Barry Sears, an American biochemist. His best-selling book The Zone was published in 1995.

Dr. Sears developed this diet after losing family members to early deaths from heart attacks, and felt that he was at risk unless he found a way to fight it.

The Zone Diet claims to reduce the inflammation in your body. Dr. Sears proposed inflammation was the reason people gain weight, become sick and age faster.

Proponents of the diet claim that once you reduce inflammation, you will lose fat at the fastest rate possible, slow down aging, reduce your risk of chronic disease and improve your performance.

The Zone Diet has no specific phases and is designed to be followed for a lifetime.

There are two ways to follow the Zone Diet: the hand-eye method, or using Zone food blocks.

Most people start with the hand-eye method and progress to using Zone food blocks later, since it is more advanced. You can switch between both methods whenever you feel like, since they each have their own benefits.

The hand-eye method is the easiest way to start the Zone Diet.

As the name suggests, your hand and eye are the only tools you need to get started, although wearing a watch is also recommended to keep an eye on when to eat.

In this method, your hand takes on several uses. You use it to determine your portion sizes. Your five fingers remind you to eat five times a day and never go without food for five hours.

Meanwhile, you use your eye to estimate portions on your plate. To design a Zone-friendly plate, you need to first divide your plate into thirds.

The hand-eye method is designed to be a simple way for a beginner to follow the Zone Diet.

It is also flexible and allows you to eat out at restaurants while on the Zone Diet, by using your hand and eyes as tools to choose options that fit Zone recommendations.

Zone food blocks allow you to personalize the Zone Diet to your body by calculating how many grams of protein, carbs and fat you can have per day.

The number of Zone blocks you should eat per day depends on your weight, height, waist and hip measurements. You can calculate your number here.

A main meal such as breakfast, lunch or dinner contains three to five Zone blocks, while a snack always contains one Zone block.

Each Zone block is made of a protein block, a fat block and a carb block.

What foods can you eat on the Zone Diet?

A lot of the favorable Zone Diet food choices are similar to those of the Mediterranean Diet, which is one of the healthiest diets on the planet.

In fact, the creator of the Zone Diet has recently released a new book called The Mediterranean Zone, in which he covers the similarities and benefits of the two diets.

Protein options in the Zone Diet should be lean. Good options include:

The Zone Diet encourages choosing a type of monounsaturated fat. Good options include:

The Zone Diet encourages its followers to choose vegetables with a low glycemic index and a little fruit.

What can't you eat on the Zone Diet?

Nothing is strictly banned on the Zone Diet. However, certain food choices are considered unfavorable because they promote inflammation.

How does the Zone Diet work?

The Zone Diet claims to optimize your hormones to allow your body to enter a state called "the Zone." This is where your body is optimized to control inflammation from your diet.

The purported benefits of being in "the Zone" are:

Benefits of the Zone Diet

Following the Zone Diet has many benefits.

Unlike other diets, the Zone Diet does not strictly restrict any food choices.

However, it does recommend against options that are unfavorable, such as added sugar and processed foods.

This can make the Zone Diet more appealing than other diets for people who struggle with food restrictions.

The Zone Diet also provides you with flexibility, since there are two methods of following the diet.

The Zone Food Block method can also help fat loss because it controls how many calories you eat per day. It is well known that controlling your calorie intake helps with weight loss.

Disadvantages of the Zone Diet

Although the Zone Diet has several benefits, it also has some disadvantages.

First, the Zone Diet makes many strong health claims that are based on the theory behind the diet.

However, there is little evidence to support that the theory produces the purported results.

For example, the Zone Diet claims to improve performance. However, a study on athletes following the diet found that, although they lost weight, they also lost endurance and were exhausted faster than others.

Reducing diet-induced inflammation to reach "the Zone" is another claim the diet makes. The Zone Diet claims that once your blood values meet their targets, your body would be in "the Zone."

Although some research shows the diet may improve your blood values, more research is needed before researchers can say this significantly reduces inflammation in the body.

There is also little evidence that supports the Zone Diet's 40% carb, 30% protein and 30% fat ratio as the optimal ratio for fat loss and health benefits.

The study did find people on a Zone-based ratio lost more weight. However, that difference could be due to higher protein intake.

Interestingly, the study also found no significant differences in blood values of sugar, fat and cholesterol between the two groups.

This does not match the claims made by the Zone Diet and could mean the improved blood values found in other studies may be due to supplementing with omega-3 and polyphenols, rather than benefits from diet alone.

Should you try the Zone Diet?

At the end of the day, choose a diet that best matches your lifestyle.

The Zone Diet could be ideal for you if you want a diet that has similar food options to the Mediterranean Diet, but provides you with clear guidelines to follow.

However, the health claims the diet makes are best taken with a grain of salt.

Although the theory behind the diet may be linked with better health outcomes, there is not enough evidence to say the diet will reduce your risk of chronic disease, slow down aging, improve physical performance or help you think faster.

If you want to try to build healthy eating habits, the Zone Diet may help get you started and help you practice portion control.

Yet what matters in the long term is basing your diet around whole and unprocessed foods — regardless of the name of the diet.